The history of our country inn goes back to the year 1725, when Christian Barth, a master soap boiler from Glauchau, acquired a leasehold plot of land to build on for the sum of 2 thaler and 6 pennies a year. Here, he built the “Erbschenkengut” (later the Gasthof Voigtlaide). Barth died in 1734, and the estate was sold by his heirs. In 1903, the old building burned down. The then owner Bruno Steinert immediately rebuilt the inn, this time with a dance hall, so that it could open on the same day as the Kirmessonntag (Sunday parish fair) in 1903. Due to its attractive location by the Rümpfwald forest, the Voigtlaide was already a popular destination at the turn of the century. The large garden offered lots of opportunities for children to play. When Friedrich Werner took ownership of the inn in 1905, he renamed it the “Erbschänke”. The name remained for many years, until people began referring to the inn as the “Voigtlaide”. Although the owners have changed several times in the years that followed, the inn has lost none of its popularity. 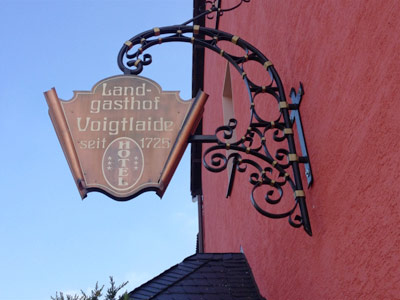 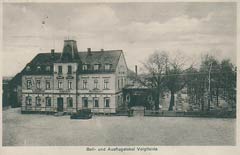 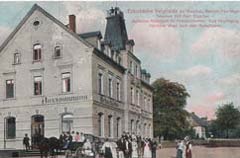 After the reunification of Germany, the country inn was thoroughly refurbished with a completely new interior design. Hotel and restaurant operations resumed quickly, in 1992.

In 1998, the Piegholdt family took over the Landgasthof Voigtlaide; Marcel Piegholdt has been running this beautiful house since May 2014.

This time-honoured building is situated on the edge of the town of Glauchau, right between Meerane, Zwickau and Hohenstein-Ernstthal. The location is ideal for trips to Leipzig (80 km), Dresden (100 km) or the Ore Mountains (15 km).

The 11 rustically furnished rooms feature all the customary amenities, allowing holidaymakers and business travellers to end their day in a pleasant, relaxing atmosphere. The inn offers accommodation options from single rooms to 4-bed rooms, both for single travellers and families.

For celebrations, there is a club room for up to 20 people, a restaurant for up to 55 people and a large hall for up to 200 people; the latter comes with a beautiful cellar bar. Of course, the rooms are also suitable for meetings and seminars.

The team is only too happy to indulge guests with the best of its kitchen and cellar, offering both traditional German cuisine and international specialities (menu). In the summer, the centenarian chestnut trees in the spacious beer garden create a wonderful space in which to spend a couple of hours. We have barbecues and other celebrations here. 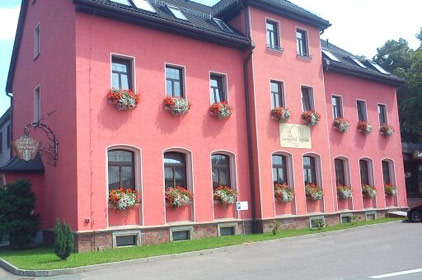 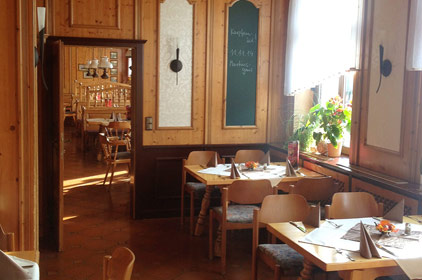 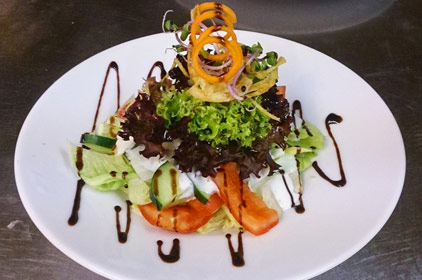